For example, imagine that Fred is bicycling down the road when he is struck by Ben who is driving on the same road. Even if the jury finds that Fred was negligent in his bike riding because he was wearing headphones while riding, he can still recover damages in a suit against Ben so long as the jury finds that Ben’s negligence was greater than Fred’s. To put a number on it, so long as Fred was only 49% negligent, Ben’s negligence is greater than Fred’s and Fred can still prevail.

However, “any damages allowed must be diminished in the proportion to the percentage of negligence attributable to the person recovering.” This means that while Fred can recover damages in his suit against Ben, those damages must be reduced by whatever percentage negligent Fred was. So, in the earlier example where Fred was 49% negligent, any damages that were awarded to Fred in his suit would be reduced by 49%. He can still recover 51% of whatever is awarded to him, the percentage that Ben was responsible for.

If the jury finds that Fred’s negligence is equal to or greater than Ben’s negligence, then Fred will be unable to collect any damages under the rule. In a case with multiple defendants, the combined negligence of all the defendants is compared with that of the plaintiff to make the same determination. 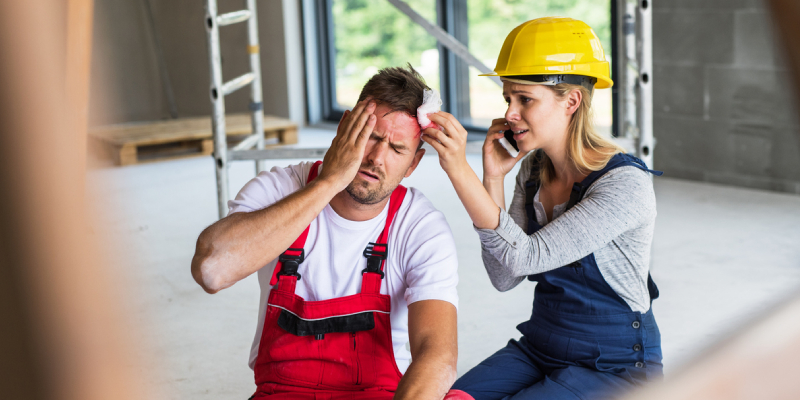 John built an addition to his barn on his property. Two years later, the new roof blew off and cut a power line on the neighbor’ property which sparked a fire consuming outbuildings, fences, corrals, trees, a field, and personal property. The neighbor sued for negligent construction of the roof, alleging that he should have used “storm collars” to secure the roof in high winds.

The case proceeded to trial and each party introduced expert testimony. The neighbor’s expert testified that he always used storm collars in windy areas and believed that the lack of collars was not reasonable and prudent, rendering the roof insufficient. On John’s behalf, a wood science expert testified that while storm collars are commonly used in windy areas, the fact that John had used 550 nails to secure the roof was significant. He believed it would have required winds of 100-105 mph to lift the roof, compared to 90 mph which was the standard.

The trial judge, gave the following instruction to the jury:

Negligence is not proven merely because someone later demonstrates that there would have been a better way. Reasonable care does not require prescience nor is it measured with the benefit of hindsight.

The neighbor objected to the instruction, claiming that it was cumulative, unnecessary, and a comment on the evidence. The Judge over ruled the objection and the jury returned a verdict in John’s favor.

The Supreme Court disagreed, holding that jurors could have reasonably inferred from the instruction that the testimony of both experts as to the effect that storm collars make better roofs should be disregarded. The majority held that jurors following this instructions could ahve concluded that they were obligated to disregard much of the evidence, instead of using their own sense of which evidence to accept and which to reject.

Justices dissented on the grounds that the instruction was not an incorrect statement of negligence law and had previously been held proper in a  negligence case.